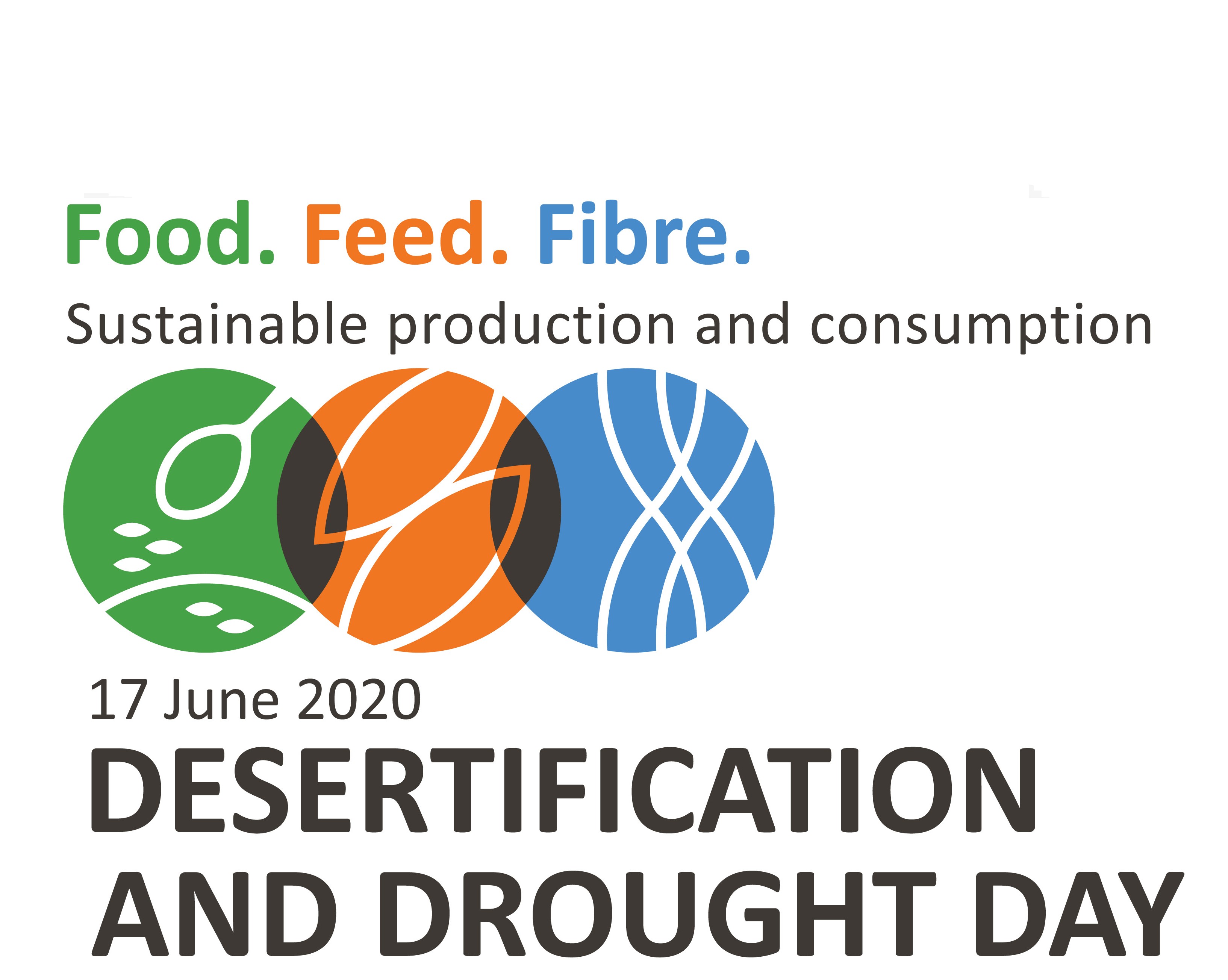 Today, the world is celebrating the World Day to Combat Desertification and Drought. The theme for 2020 is Food. Feed. Fibre. - The links between consumption and land.

OCP’s mission is dedicated to food security around the world. Being the world leader in phosphates and fertilizer production, our great purpose is feeding the soil to feed the planet. As a custodian of the world’s largest phosphate reserves, OCP takes care of one of the most vital resources for soil health and human nutrition.

While nourishing the world, OCP’s task is to restore lands and to give the soil what has been taken through intensive agricultural activities driven by larger populations becoming urban. Every year, feeding the world requires more demand for agricultural land and for vegetable and animal protein production, while arable land is decreasing especially in the poorest regions of the planet, and the most affected ones by climate change side effects.

“This year’s observance is focused on changing public attitudes to the leading driver of desertification and land degradation: humanity’s relentless production and consumption,” according to the United Nations statement for World Day to Combat Desertification and Drought.

With its circular economy program, OCP is promoting sustainable production and smart consumption. OCP developed customized products with different formulas adapted to the crop and soil needs that were determined by soil mapping and nutrients analysis. With our 4R approach (the right nutrient, with the right amount, for the right crop, in the right time), we promote and set in responsible practices for sustainable agriculture for better yield with less nutrients and less soil footprint.

During operating phases within industrial facilities, OCP implemented several projects dedicated to resource preservation like urban wastewater treatment and reuse, clean energy use and energy efficiency among various other practices. One of the most relevant achievements is the development of the inverse flotation process and investment that allowed OCP to recover and valorize low-grade phosphates and extend its reserves by 30%.

The nutrients that finally end up in our plates are taken from our soils. To have healthy people, we need healthy diets that start from healthy soils. This is why OCP is focusing on increasing soil fertility and consistency by providing them the right nutrients and science-based soil fertility solutions.

To achieve that, OCP relies on its robust research and innovation ecosystem. The University of Mohammed VI Polytechnic (UM6P) hosts several research programs dedicated to soil fertility. Within the university, the CENTER OF EXCELLENCE IN SOIL AND FERTILIZER RESEARCH IN AFRICA (CESFRA) aims to become a hub for digital soil and land resource mapping for African countries focused on judicious and sustainable use, and a science center for customized fertilizer formulations.

This Center of Excellence in Tertiary Soil Science Education is already working on several projects such as developing new fertilizers fortified with micronutrients, or the development of specialty foliar fertilizers for mitigation stress, contributing to better yield (micronutrients, K, S) and improving nutritional quality.

Mining operations are an opportunity for OCP to recover a better soil than the original. After mining operations take place, OCP implements good practices to restore the land and improve its quality in order to plant new vegetables and trees species to increase the benefit. The reclamation process requires collecting and storing topsoil during the mine’s operation in order to reuse it later. This process preserves the soil’s properties and facilitates subsequent planting. To facilitate the reclamation process, the areas to be mined are stripped and the excavated topsoil is stored. Then, this soil can host new fruitful trees such as argan trees in our Khouribga mine that the local community can use to create an economic output for themselves especially that this rare species that has high economic value worldwide is specific only to the Moroccan central region.

In addition to performing reclamation and afforestation on mined land, OCP has developed a smart planting approach that promotes alternative crops adapted to local challenges like water stress. The approach also includes grazing crops. Through our experimental farms at UM6P, we developed many protocols to better adapt planting practices to the stirred soil properties.

This approach is also extended to green fields close to our mines. Many successful crops are now growing on adjacent soils. The most relevant project is the quinoa cultivated in Benguerir that generated a local economic ecosystem with small cooperatives packaging and selling quinoa on the market.

Resulting from a collaboration between UM6P and the company ST1, a first pilot project for carbon capture is ongoing in the Benguerir mine.   Afforestation of treeless areas, such as arid, semiarid, or former mining sites, could constitute a major CO2 sink and thus contribute to combating climate change. OCP is developing expertise for optimal bio sequestration, rehabilitation of marginal lands and mining sites, identification of high-growth and high-value-added species for the region and optimization of irrigation techniques. To date, OCP Group has identified seven tree species and two types of amendments that yield the best results.

Soil salinity is a major challenge that many regions around the world are facing where in arid and semi-arid conditions, salts accumulate due to intense evaporation. OCP teams were successful in meeting the growing demand to address this issue within Morocco and other parts of Africa.

In the southern regions of Morocco, precisely in Foum Eloued next to Laayoune, OCP established the AFRICAN SUSTAINABLE AGRICULTURE RESEARCH INSTITUTE (ASARI) for sustainable Agriculture in Africa focusing especially on salinity issues. The ASARI mission is to ensure sustainable livelihoods and food security in salt marginal environments in Africa by putting a lot of emphasis on interdisciplinary research on plant and animal biotechnology like biosaline agriculture, animal production and nutrition, valorization of native species, etc. A first successful project of biosaline agriculture is already delivered in the region of Foum Eloued in collaboration with International Center of Biosaline Agriculture (ICBA).

Additionally, OCP conducted several trials to address the salinity issues using soil amendment with phosphogypsum, a main by-product from phosphate transformation to fertilizers. Phosphogypsum can neutralize soil salinity and release nutrients for soil health recovery, and several successful scientific researches have reported on this approach. OCP implemented large testing of phosphogypsum for the rehabilitation of salt-affected soils in both Ethiopia and Morocco.

The gold medal recognises commitment to safety and sustainable development.