OCP participates in #GreenLegacy in Ethiopia 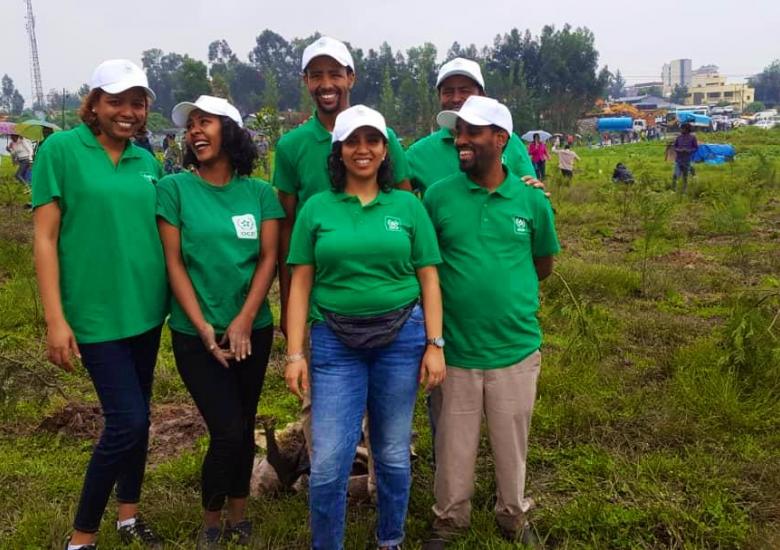 It's official, Ethiopia has managed to reach its goal of planting more than 200 million trees in one day. Monday, July 29 was a special day for the #GreenLegacy initiative as 353 million trees were planted in just 12 hours.

Launched by Prime Minister Abiy Ahmed, #GreenLegacy is Ethiopia's ambitious goal to halt deforestation with a target of 4 billion reforested trees, or 40 trees planted per capita. The project, which was launched last May, is approaching the finish line set for October of this year.

This monumental day was attended by Ethiopian authorities, in the presence of Madame President Sahle-Work Zewde, the initiator of the project and Head of the Federal Government, Abiy Ahmed, as well as other pan-African personalities like Vera Songwe, Secretary Executive of the United Nations Economic Commission for Africa.

In the collective effort, a team of OCP collaborators in Ethiopia took part in this important day. OCP Group is both conscious of ecological issues and deeply committed to the preservation of the environment, illustrated by its Circular Economy program and also through various actions carried out for the benefit of communities bordering its activities.

Ethiopia has just broken a new record of reforestation in one day, dethroning India, which in 2017 had planted 60 million trees in one day. The initiative aims to preserve the country from the effects of climate change and strong deforestation. According to the UN, deforestation is gaining momentum in Horn of Africa countries due to population growth and climate change. As proof, Ethiopia has seen its forests drop from 34% of the country's land area to only 4% in the past century.

Ethiopia showcases its main crops at the SIAM

Plus plans to work with OCP on fertilization of various soil types.