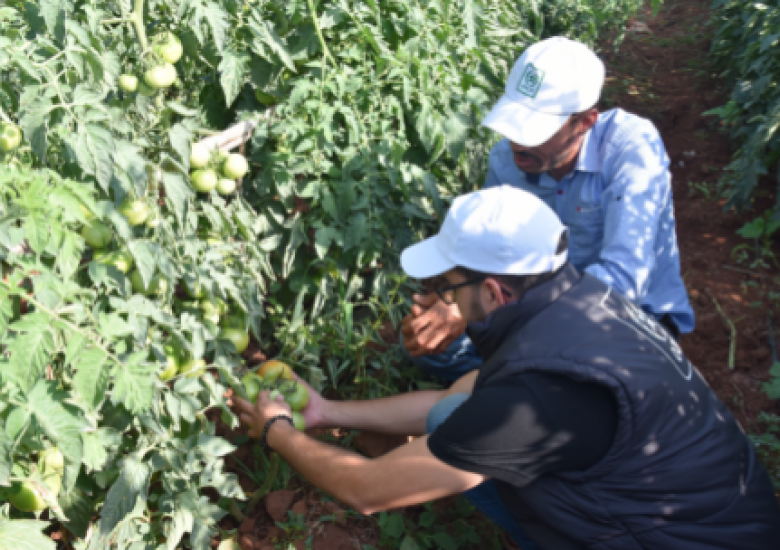 OCP Group is demonstrating its lasting commitment to Moroccan farmers by continuing to roll out its “Al Moutmir Li Khadamat Al Qorb” outreach program. After its launch on September 25 in the province of Safi, the initiative will make a stop in the province of Settat from October 30 to November 1. The « Al Moutmir Li Khadamat Al Qorb” initiative is a component of the “Al Moutmir” program, which is an important part of OCP Group’s commitment to the development of the agricultural sector in Morocco. For the 2018-2019 crop year, this outreach initiative includes targeted actions in nearly 28 provinces aimed at providing diversified support to farmers. The « Al Moutmir » program is supported by the Act4Farmers initiative, which makes it possible to build on the « Al Moutmir » program’s efforts through the OCP employees mobilized in the context of Act4Community

Focused on the farmer as a real agent of change, the « Al Moutmir Li Khadamat Al Qorb » initiative relies on the scientific approach as a key driver of prosperous and sustainable agriculture. Based on a partnership approach, this initiative involves the sector’s different stakeholders (such as the Ministry of Agriculture, Maritime Fisheries, Rural Development, and Water and Forests, institutions, researchers, distributors, resellers, farmers, etc.) and draws benefit from each depending on their type of contribution.

« Al Moutmir » includes a mobile soil analysis laboratory that operates in the different provinces supported by the program. It also incorporates an experimental program that provides support for training and information on agricultural best practice. The program, called « Agri-Platforms, » involves the deployment of 1000 demonstration platforms for the current campaign.

« Al Moutmir Li Khadamat Al Qorb » is supported by a team of agronomists in charge of regional commercial development that promotes the use of adapted fertilizers as part of high-quality technical operations. The team is based in different Moroccan provinces and works with farmers on a daily basis, providing agricultural training, demonstrations, monitoring, and support. They offer customized and tailor-made support to farmers in the regions in which they operate, based on the product offering that is available in Morocco through OCP Group’s manufacturing and distribution partners. Provincial meetings began on September 25 in the context of this approach. They touched on more than 28 stops focused on the cultivation of cereal and leguminous crops, olive trees, and fresh produce.

In addition to mobilizing human resources, OCP makes significant scientific and technological resources available to farmers, including a scientific reference system adapted to each stage of technical operations and a mobile laboratory that travels all over the different regions to carry out free and nearly instantaneous soil analyses. As a true accelerator of development, digital technology plays a central role in the initiative by facilitating the transfer of scientific knowledge to farmers and contributing to prosperous and sustainable agriculture.

Al Moutmir completes the first phase of the initiative

The project will reach more than 30 local communities across Morocco.

The living forces of ElleMoutmir