OCP Foundation is committed to improving agricultural research in Senegal 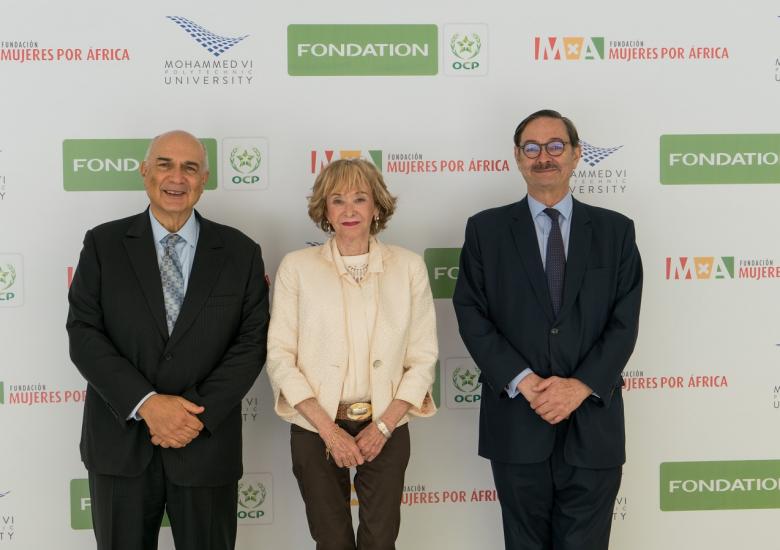 OCP Foundation and Mujeres Por Africa, a Spanish foundation have strengthened their partnership for the agricultural development in the African continent. On May 28, 2019, the two parties signed an agreement to launch a project named “F.U.E.R.T.E.S.” – a French acronym for “Women United for Research, Technology, Environment and Science.

This project aims to enhance agricultural research in Senegal through training Senegalese female researchers and PhD students who are specialized in sustainable agriculture. This agreement was signed on the sidelines of the visit of a Spanish delegation to OCP Headquarters. The delegation was led by His Excellency the Ambassador of Spain to Morocco, Ricardo Diaz-Hochleitner Rodriguez, accompanied by María Teresa Fernández de la Vega, President of the Mujeres Por Africa Foundation and Anna Fumarola, Senior Project Manager at the Mujeres Por Africa Foundation.

Already allied by a partnership sealed in 2014 and which made it possible, inter alia, to launch a project aimed at improving the living conditions of 500 women from two agricultural cooperatives in Gambia. OCP Foundation and Mujeres Por Africa seek, through this new agreement, to promote the empowerment of African women scientists through education and research. The endeavors of both parties will also be oriented towards building a strategic network of women researchers in the agricultural field in Africa as well as promoting knowledge and skills transfer in agriculture.

In addition, Mohammed VI Polytechnic University (UM6P) and the Senegalese University of Sine Saloum El Hadj Ibrahima Niass (USSEIN), through their proximity as stakeholders in this partnership will be able to initiate linkages in the fields of training and research.

The project is expected to span a period of 30 months, during which time about 20 female Senegalese agricultural researchers, PhDs and USSEIN students will benefit from trainings at UM6P offered by national and international experts renowned in different fields.

The two agreements strengthen the development of Ghanaian agriculture.