6th edition of the Atlantic Dialogues, this year under an African theme 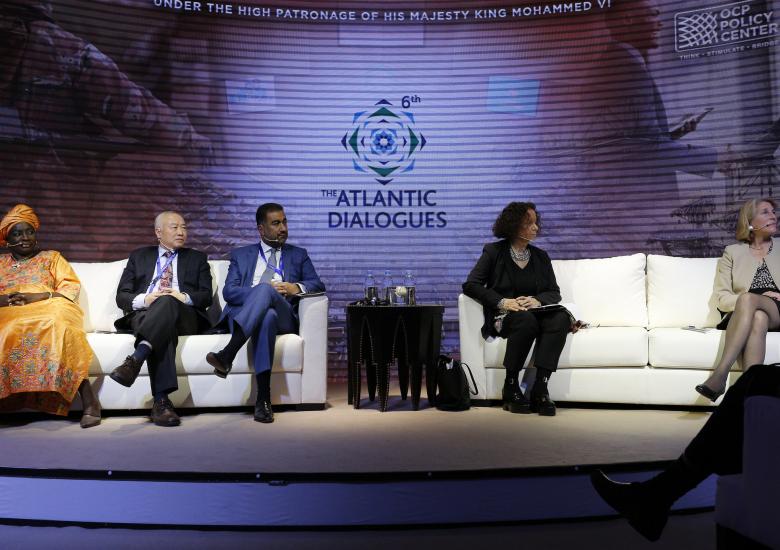 The sixth edition of the Atlantic Dialogues, was organized by the OCP Policy Center, under the theme “Africa in the Atlantic: Time for Action”. This edition brought together, in Marrakech, nearly 340 participants from 60 countries, among them influential figures like the Prime Ministers of Senegal and Benin, Aminata Touré and Lionel Zinsou, and former French, Spanish and Portuguese Foreign Ministers, Hubert Vedrine, Miguel Angel Moratinos and Paulo Portas.

Political leaders, senior officials, researchers, representatives of NGOs, experts, economic leaders and journalists from Africa, America and Europe, participated in plenary sessions and lectures and deliberated, in an open and uninhibited manner, the issues and challenges of today and tomorrow. Substantive work has also been conducted by the various strategic groups set up, particularly in Senegal and Brazil, to make the South Atlantic a new direction for the future and highlight the potential of the African continent.

Khouribga: The African Film Festival returns with a 21st edition

Part of the 20th edition of the Khouribga African Film Festival.

The Phosboucraa Foundation celebrates Saint-Exupéry at the IMA

"Le Petit Prince" was inspired by the province of Tarfaya in the Sahara.