The Phosboucraa Foundation celebrates Saint-Exupéry at the IMA 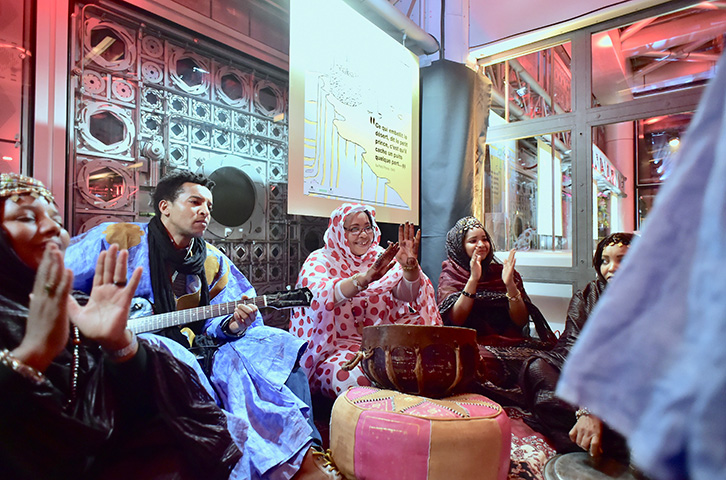 A round table was organized, on Monday December 18th at the Institute of the Arab World (IMA) in Paris by the Phosboucraa Foundation, the French National Council for Human Rights (CNDH) and the Antoine de Saint-Exupéry Foundation for Youth (FASEJ), and entitled "Antoine de Saint-Exupery and the Wisdom of the Sands".

It was in the Sahara, more precisely in the province of Tarfaya, that the writer, poet, aviator and French reporter found inspiration to write "Le Petit Prince", which with its Hassanie version realized in 2017 (300th language of translation), has become the most translated tale in the world. Thus during an hour and a half of debate, punctuated by an exhibition and a concert of the Moroccan singer Oum and the Hassanie music group Mnat Aichata, the authors Jean-Pierre Guéno, Frédéric Coconnier, Thomas Fraisse and Fouad Laroui discussed the duty of remembrance and paid tribute to the Hassanie heritage that inspired this major work of literature.

This initiative by the Phosboucraa Foundation is part of a long-term cultural program, which aims to use the Saharan adventure of Antoine de Saint-Exupéry to inspire a dynamic of animation and territorial development in the southern regions of Morocco.

Khouribga: The African Film Festival returns with a 21st edition

Part of the 20th edition of the Khouribga African Film Festival.

6th edition of the Atlantic Dialogues, this year under an African theme

Event focuses on “Africa in the Atlantic: Time for Action”.