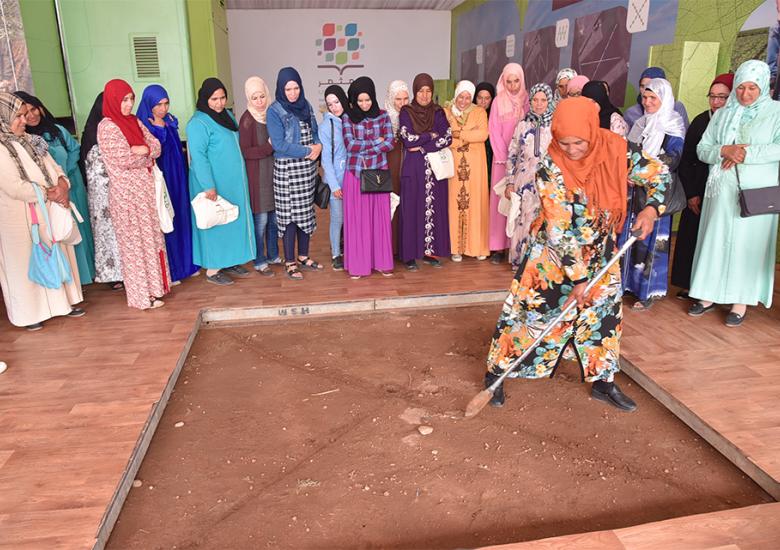 In celebrating the International Day of Rural Women, held every year on October 15, OCP Group is acknowledging the decisive role played by rural women in agricultural development. In this context, OCP is dedicating a day to the celebration of rural women as part of the deployment of the “Al Moutmir” initiative in Beni Mellal province. This day of support will be held the day before the launch of the “Al Moutmir” initiative’s 4th stop in the same region, scheduled from October 16 to 18 of this year.

Targeted actions for more than 150 woman farmers who are members of local cooperatives and resellers will be conducted on this year’s International Day of Rural Women. These actions are part of the “Al Moutmir Li Khadamat Al Qorb” initiative and are carried out by Act4Farmers volunteers and the “Al Moutmir” program team. The celebration highlights the role of rural women as active agents in the development of sustainable and prosperous agriculture.

The “Al Moutmir Li Khadamat Al Qorb” initiative is an important part of OCP’s commitment to the development of Morocco’s agricultural sector. For the 2018-2019 crop year, this outreach initiative includes targeted actions in nearly 28 provinces aimed at providing diversified support to farmers. Focused on the farmer as a real agent of change, the initiative relies on the scientific approach as a key driver of prosperous and sustainable agriculture. “Al Moutmir Li Khadamat Al Qorb” is supported by a team of agronomists in charge of regional commercial development aimed at promoting the use of adapted fertilizers as part of high-quality technical operations. The team is based in different Moroccan provinces and works with farmers on a daily basis, providing agricultural training and demonstrations, as well as monitoring and support. They offer customized and tailor-made support to farmers in the regions in which they operate, designed around the product offering that is available in Morocco through OCP Group’s manufacturing and distribution partners. As part of this dynamic, provincial meetings began on September 25th. They touched on more than 28 stops focused on the cultivation of cereal and leguminous crops, olive trees, and fresh produce.

“Act4Farmers” is an initiative aimed at capitalizing on the “Al Moutmir” program’s efforts by mobilizing OCP employees in the context of Act4Community, all with the objective of sustainably impacting the development of the local agricultural ecosystem. The idea is to build the capacity of OCP employees so that they are well equipped to support and even initiate new regional development initiatives having to do with agriculture that create value and jobs. The mobilized resources include an agronomic reference system for key crops, mobile soil analysis laboratories, an adapted training offering, and several knowledge popularization tools. The Act4Community program is a responsible initiative that encourages OCP Group employees to engage in social projects for the benefit of communities. It was launched in July 2017.

Making sure Sahraoui women play a role in the development of the area.

A dozen influential women in Africa visited the university.