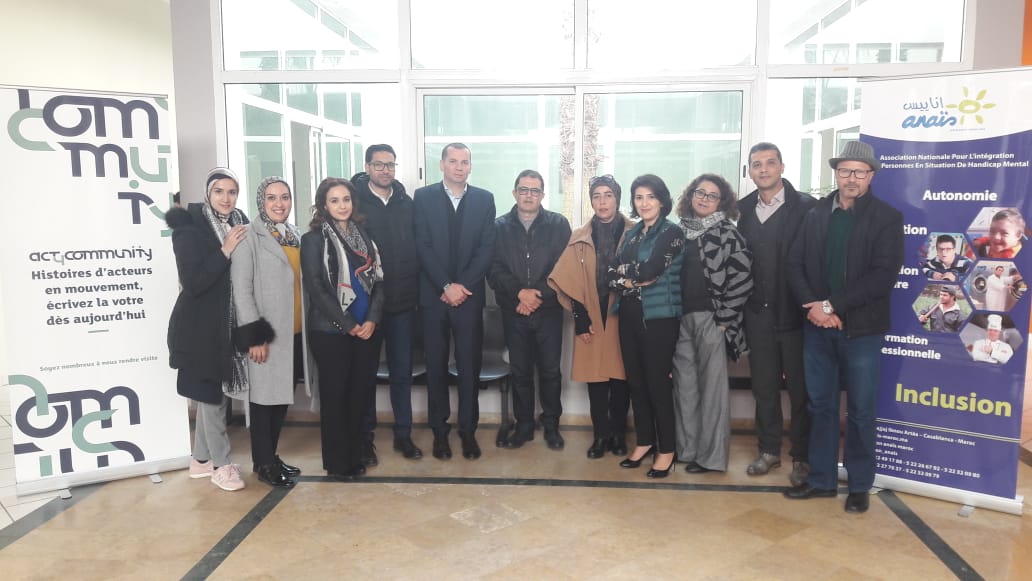 Anaïs has been OCP Group’s guest for the past week as part of the Human Capital department’s initiative for the Act4Community program. This support materialized in the form of two major events that will certainly give Anaïs’s actions real momentum.

The first event was in the form of a meeting organized on Wednesday 6 February for the volunteer employees and the leaders of the association. The meeting’s main objective was to discuss the association’s needs and how the volunteers can meet them. This meeting was marked with the presence of Human Capital’s EVP Farij Derrij, who stressed the importance of the Act4Community program not only to him and his team, but also to OCP Group as a whole.
OCP teams have taken this opportunity to express their admiration towards the noble work that the association is doing, as it is witnessed by Farij Derrij’s declaration where he notes that, “what Anaïs has accomplished is fantastic, they deserve to be supported by actions and structural initiatives that would strengthen the Association’s work and make it sustainable”. He also added in the same sense that the Act4Community program is actually really there to provide this structure with the necessary skills to carry out these actions.

On the day following this meeting, OCP has opened its headquarters to Anaïs and set aside a sales booth for pastries made on the Association’s premises, by the beneficiaries themselves. The association’s leaders were surprised to see the Group’s volunteers strongly mobilized to show their support, each in their own way.
Not only was every single pastry in that stand sold in record time, but the association also walked home with a long list of pre-orders.

Jorf Lasfar: OCP against children dropping out of school

Iniative gives OCP employees time to get involved in their community.