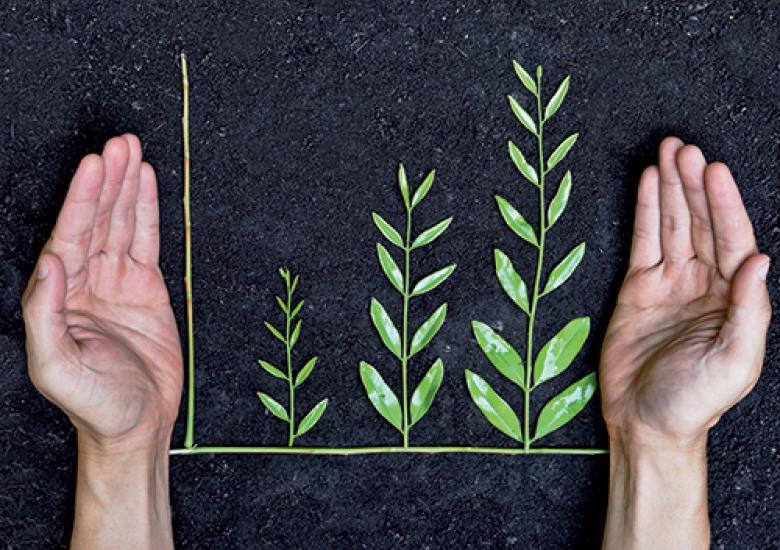 OCP S.A.(“OCP” or the “Group”), a global leader in the fertilizer industry, today reported results for the fourth quarter and the full year ended December 31, 2017.

“In 2017, OCP reinforced its capacity and product leadership across the value chain, while retaining its industry leading margins. We continued to execute effectively on each of the major elements of our strategic plan, namely capacity leadership, utilizing our industrial and commercial flexibility to stimulate demand, and leveraging economies of scale and investment spending to drive down production-related costs. ,” said Mostafa Terrab, Chairman and Chief Executive Officer of OCP.

“OCP’s ability to create demand in high growth markets and to efficiently produce an expanding array of specialty products has enabled us to significantly increase export volumes across our major markets. In 2017, our fertilizer production increased by 22%, with new, premium products accounting for 43% of export volumes. At the same time, we substantially expanded rock export volumes across four continents, while consolidating our leadership position in phosphoric acid, particularly in Asia.

“The progressive benefits of Phase 1 have enabled OCP to efficiently capture incremental demand while remaining resilient through market cycles, and position us for further growth as industry conditions improve.”

In 2017, OCP achieved strong revenue growth, reporting a 14% increase in local currency, compared to the previous year. This was achieved thanks to solid performance across all product segments.

Volumes in Rock and Fertilizers increased by 40% and 24%, respectively, compared to 2016. OCP maintained its leadership position in Acid, retaining its ranking as the second largest concentrated phosphate supplier in Asia, with stable year-over-year performance. These achievements were underpinned by OCP’s increased production capacity, directly resulting from the significant progress of the investment program throughout the year and by the completion of Phase 1.

In addition, demand remained strong during 2017 across major regions including Latin and North America and more specifically Africa, where our exports grew by almost 50% from 1.7 Mt in 2016 to 2.5Mt in 2017.

EBITDA was stable at MAD 12,722 million (US$ 1.3 billion) resulting in an EBITDA margin of 26%. This level reflects the impact of the increased proportion of fertilizer volumes, as a result of the evolution of our product mix, as well as other incurred costs attributable to the expanded volumes. In 2017, Fertilizers accounted for 54% of our total sales, where Rock represented 21% and Acid was 15%.

2017 was a key year in the execution of OCP’s industrial development program, and capital expenditures amounted to MAD 9,045 million (US$ 933 million) as a result of the achievement of projects.

2017 market conditions were broadly aligned with OCP’s expectations for a less volatile, but highly price-competitive market environment. The Group ended the year with a strengthened leadership position in all phosphate segments, enabling a sustained increase of exports to meet market demand. Additionally, OCP further developed customization and product flexibility and maintained a balanced geographic footprint, all supported by considerably reduced rock production costs.

In the year ahead, market conditions are expected to strengthen driven by growing consumption in import markets, particularly in Brazil and Africa. We anticipate more balanced supply and demand dynamics following the closing or idling of plants in North America. Fertilizer product pricing in 2018 will reflect trends in input costs as well as Chinese export levels, but overall, we expect another year of reduced price volatility, similar to 2017.

Within this market environment, OCP is well-positioned for continued progress, given our large reserve base, substantial production capacity and flexibility, and our cost leadership as the industry’s long-term fundamentals remain very positive. Over the next decade, we expect fertilizer demand to grow by approximately 25 to 27 million tons, and OCP has the potential to capture half of this incremental demand as a result of our diversified and customized product line and our capacity expansion.

Group registers growth in its sales revenue and its EBIDTA.

OCP presented strategies for Africa, the circular economy, and innovation.

Group registers growth in its sales revenue and its EBIDTA.